In the story of my life, 2016 will be the year in which everything changed: My mother died, I was diagnosed with breast cancer and I became the person I was meant to be.

In January of 2016, I woke up one day to a sharp pain in my right breast. The pain lasted several days and even kept me up one night. It worried me, but I pushed it to the back of my mind since I had so many things going on in my life at the time. My mother had Stage IV pancreatic cancer and I was traveling back and forth from Chicago (where I lived), to New York City (where I was going to move), to Miami (where my mother was being treated).

At another time in my life I would have immediately called my gynecologist, but I wasn’t in the right state of mind and ignored it.

My mother passed away that March. I had been living in a hospital for almost two months, sleeping in a chair or a cot. I got so used to my body aching that I have no recollection of the pain in my breast during that time. Maybe it was there, and I have forgotten. I honestly cannot say.

The ensuing couple of months passed by in a blur of packing and moving, living out of a suitcase in hotels and corporate housing, finding an apartment, and settling down in a new and exciting city. The next time I remember feeling the pain in my breast was at the end of August — and it came back tenfold. I tried to massage the spot to get the pain to subside, and I felt a lump the size of a small grape somewhere behind my nipple. I searched my symptoms online and, surprisingly, it calmed me: Breast cancer wasn’t supposed to hurt, while I had pain. Tumors were hard and didn’t move, while my lump was squishy and I could move it around with my finger. Reassured by my online research, I decided to wait until mid-September to mention it at a scheduled consultation I had with an infertility specialist.

At my appointment, the infertility doctor felt the mass in my breast and sent me in for a mammogram and a sonogram. They redid the mammogram twice (I worried) and the sonogram three times (I worried even more). When the radiologist came in to repeat the sonogram a fourth time, well, I was really really worried. Her expression and demeanor told me that whatever was in there was not good. Would you like to speak here or do you want us to go to my office? she asked. Tears started to run furiously down my face. She said the sonogram showed a 1.5 cm mass with increased vascularity and an inflamed lymph node — and that I had to schedule a biopsy and a consultation with a breast surgeon.

The biopsy showed that, while the lymph node was clear, the lesion was malignant. I took it with a lot of serenity. There were no tears or angry outburst, just this surprising sense of calm and a strength that would carry me through the next nine months.

The uncertainty was over and the fight was about to begin.

My single mastectomy was scheduled for November 11. I woke up from surgery with terrible pain in my arm, which the nurse explained was from an axillary node dissection. They had found a small micromet in one of my nodes, which meant the cancer had metastasized to my lymph nodes. It also meant that I was now at a bigger risk for Lymphedema, which, sure enough, developed a couple of months after my surgery. As for my mastectomy? I thought the result beautiful and so did my husband. Yes, it was a flat breast with a scar running across it, but it was a healthy breast that would eventually be filled with an implant. It was going to be okay.

After my mastectomy, I anxiously awaited my Oncotype DX score, which calculates the benefits of chemotherapy, hormone therapy and also predicts the probability of distant metastasis. I had been told that if the score came back 17 or lower I’d get to skip chemo and start hormone therapy. The day of my appointment, my oncologist came into the room and laid my results on top of her desk. When I saw the big upside-down 16 score I looked at my husband smiling because I thought it would mean no chemo. But my doctor decided that because of the micromet and new research showing a worse prognosis for women diagnosed under the age of 40, she was recommending chemotherapy.

The first week of January 2017, I started IVF treatments. I was lucky enough to have seven viable embryos, which have been frozen in the hopes of a future pregnancy. A week later I got my first Lupron shot and my first of eight rounds of CMF chemotherapy.

The side effects I experienced were not as bad as I expected. I did not throw up all day, I was not bed-ridden and I did not become gaunt-looking due to weight loss like the cancer patients in movies. Chemo, for me at least, was harder emotionally than it was physically. For days after the infusion, I could taste the cocktail in my mouth and smell it on my skin and hair. I smelled it on the clothes I wore and on my bedroom sheets. It seemed like it was everywhere, and I couldn’t get away from it.

Thinking back, that was the worst part of treatment: It was impossible to hide from cancer while I was attached to the IV. There was no way to pretend everything was fine while I could smell and taste the medications for days. During my non-chemo weeks, my husband and I planned fun activities like going away for the weekend, trying out new restaurants and attending literary chats throughout the city. That was when I discovered 5 Under 40 and started going to meet-ups, which comforted and inspired me.

While I cannot say that having cancer has been a blessing, I can say that it has been the catalyst for many wonderful things in my life: I have made new friends and deepened bond with old ones; I am more patient, more empathetic, more centered, and more conscious of how I choose to spend my time. I am now aware that every day, even with its uncertainties, is a great gift. I have amazed myself with a strength and a sense of purpose I didn’t know I possessed. I know I’ll never be the person I was before cancer, but a voice inside me whispers that I am on my way to becoming the woman I was meant to be. 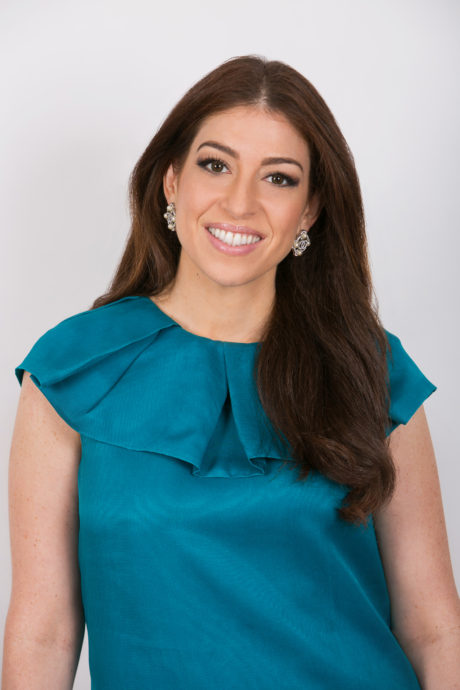