Deprecated: Methods with the same name as their class will not be constructors in a future version of PHP; CustomPostTypeArchiveInNavMenu has a deprecated constructor in /var/www/wp-content/plugins/add-custom-post-types-archive-to-nav-menus_off/cpt-in-navmenu.php on line 37

On February 23, 2016, my world turned upside-down. I was told I had cancer… Stage 3 inflammatory breast cancer, to be exact. When I heard the news, I didn’t know what to do. Never in a million years would I have imagined that, at the age of 23, I would be diagnosed with cancer. It started off as something benign — or at least that’s what I was told. There was a bloody discharge coming from a single duct inside of my nipple. I didn’t feel any lumps, any pain, or anything. I figured I must have bruised my nipple somehow. I didn’t pay much attention to it until my symptoms got worse.

One morning, while cleaning my house, I felt a painful sensation in my chest. When I looked at my breast, it was red and swollen and it felt warm. I had absolutely no idea what was wrong, but I knew something wasn’t right. My primary care doctor referred me to a breast specialist, but even she struggled to figure out what was wrong. She decided to treat me for what she thought was a breast infection. The pills seemed to work at first, but my symptoms soon came back. My breast became discolored and as it darkened; the skin began to crack.

I was scared, confused, upset and anxious all at the same time. I needed to find a cure right away even if I didn’t know what was wrong. The breast specialist ran more tests, but still couldn’t figure out what was happening. My medical insurance didn’t make things any easier. They practically gave me the complete run around. At one point, they denied my doctor’s request to send me for a PET-CT Scan which would’ve revealed information about any cancerous cells that were inside of my body. They also stated that the only way I would be able to get a PET-CT Scan is if I first do a mammogram. However, my doctor previously told me I was too young to be screened due to the density of my breast tissue which would not provide clear results. Time was not on my side and I had no choice but to do it. In the end, the results came back negative. I had more blood work and scans performed but my doctor still couldn’t find anything. My breast specialist then decided to perform a surgical procedure called a terminal duct excision. The goal of the surgery was to excise the duct from which the discharge is coming.

One night, I felt so sick that I went to the emergency room. I requested that my breast specialist come see me since she had more knowledge of what was going on. She came to the ER to and gave me the results of the biopsy she had performed while doing the terminal duct excision. She told me that there were traces of cancer in my breast tissue. My heart dropped. I remember feeling weak and I lost my voice. My mother was standing next to me and as soon as she heard the news, she broke down crying and screamed, “No doctor, not my baby! You’re not serious right? Please tell me this isn’t true!” At that moment, I knew my life had taken a dramatic turn for the worse.

I was originally diagnosed with Stage 1 Ductal Carcinoma but my mother insisted that I get a second opinion before starting treatment. We called around to find a hospital that would take my insurance and were lucky to find one where the doctors were amazing. They did everything the right way and provided me, not only with useful information, but also with emotional support. I was in dire need of this as a new patient finding out such devastating news. After running more tests, I was diagnosed with Stage 3 Inflammatory Breast Cancer.

I have been through so much in so little time. From trying to find out what was wrong with me to being diagnosed with cancer. Then to receiving chemotherapy, having to remove both my breasts (mastectomy) and six weeks of radiation, Monday through Friday. I lost every last hair on my entire body. I had discoloration around my eyes, mouth and inside my fingernails and toenails. I had an allergic reaction to the chemotherapy. And just when I thought things couldn’t get any worse, during radiation I ended up getting baldy burned and discolored in the area I was being treated. I no longer felt like myself. I felt like a zombie. My breasts were gone. But that was just the physical aspect of things. Emotionally and mentally I was traumatized. Fortunately, I couldn’t have asked for a better support system. My family and friends kept me going. They motivated and uplifted me every chance they had. They reminded me to never stop fighting and believe that God would see me through it all.

This experince wasn’t easy, but I realized I was either going to conquer it or allow it to conquer me. Prayer kept me going, but fashion motivated me as well. I made sure to dress from head to toe every day as if I was ready to rip the runway. I kept this whole façade going and guess what? I came out a “Winner.” My faith was tested and I knew that God was the only one I could call onto who actually knew my struggles. In fact, he’s the one responsible for this inner strength of mine. He gave me the courage to face my situation. Most of all, he gave me the drive to want to overcome it. I continuously spoke the words “I will be cancer free,” into existence and now it’s my reality. I always kept in mind that “God gives his strongest soldiers the toughest battles.”

Along this journey, I’ve been blessed to have beautiful people and loads of love surrounding me. I got the chance to be part of the wonderful 5 Under 40 Foundation. I have met some of the most courageous, strongest and sweetest women you could ever come in contact with. 5 Under 40 meet-ups provided a place where I could be free and not worry about anyone judging me. I was able to identify with other women who were in the same position that I was. Women who knew how it felt to be a cancer patient. I knew that one day I would be a cancer survivor.

My battle is not yet complete. I still have my challenges that I face on a daily basis. I know I will never be the same Tyra, but I have gained so much more than what the old Tyra had. I turned my weaknesses into strengths and learned so much about who I am as a person. I also learned to appreciate life and the people around me. Most of all, I learned to love myself no matter what. I didn’t allow the “Big C” to have complete control over my life. I knew I had a purpose. I had goals to reach; this was only just a new chapter in my life. I recently graduated with my Bachelor’s Degree from The City College of New York. I made it on the Dean’s List! That alone was a big accomplishment representing the reclamation of my life.

I share my story with other young women newly diagnosed with breast cancer in hope that they will gain some type of inspiration and guidance in defeating this disease. Know that Cancer does not define who you are. Don’t ever think once that this is a stop sign on your life. “Defeat is not an option.” This is just a minor setback. Get ready for a major comeback. 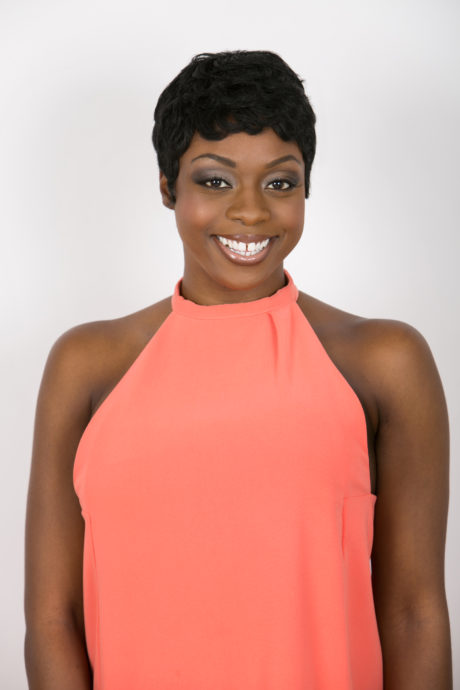