My breast cancer journey began just 11 days after my 21st birthday. I was in the shower and discovered a lump in my right breast and was instantly alarmed. It was huge! How could I have not felt it sooner? With my anxiety skyrocketing, I frantically called my boyfriend and shared my concerns.

Some people may wonder why, at 21 years old, I would immediately assume it was cancer. Unfortunately, I had seen this before: My paternal aunt was diagnosed with breast cancer at the age of 36. She was my hero, and I later developed an even deeper admiration for her when I went through many of the same things she did.

But even though the signs were there — a large, irregularly shaped mass and a family history of breast cancer — my doctors were skeptical due to my age. My suspicions were confirmed a short time later when a biopsy revealed that the tumor was, in fact, malignant. Although I sensed that from the start, I was still stunned when the doctor looked at my parents and me and said those three words,“ This is cancer.” I sat there silently while a gazillion thoughts raced through my mind: What happens next? When am I going to start my treatments? How long will this process take? How much is this one thing going to change my entire life?

In the midst of everything going on, I decided to set some goals for myself. Chief among those goals was to finish school. I wasn’t about to let cancer get in the way of graduating from college. But as the start of school approached, my oncologist said she wanted me to start chemo right away… and then have my surgery a few weeks later. I knew there was no way I could take several weeks off from school and still pass all of my classes, so I had to withdraw for the semester. Doing so was devastating, but it was the right decision. My tumor was growing very rapidly and had advanced from stage 2a to 2b in just a few weeks. I started chemotherapy at a local cancer center and my first cycle was a struggle. My bone marrow was so poorly affected that many of my chemo sessions had to be postponed. My oncologist decided to stop chemo until after my double mastectomy.

The day of my surgery, I had nothing but love and support by my side, which made me feel invincible. The last thing I remember before drifting off is my surgeon leaning over me, smiling and saying she was proud of me. It was the most reassuring thing I could imagine hearing before a procedure that would change by body forever. At that moment, I knew I would be okay.

The summer proceeded and I healed without any complications. The enrollment date for classes approached, and I felt more than ready to begin the new semester. I started both chemotherapy and classes within a few weeks of each other. I decided to keep my diagnosis a secret from my classmates and professors. I didn’t want to feel any different, and I didn’t want my medical issues to be seen as an excuse for not doing my absolute best.

Everything was going along great until health problems derailed my plans once again. This time it was a bout of bronchitis that progressed to pneumonia. I couldn’t do anything without feeling like my lungs were going to collapse or my heart would beat right out of my chest. I was admitted to the hospital for what would be the worst week of my life. It was honestly the first time that I thought I was going to die. All I wanted to be able to breathe on my own.

To make matters worse, Thanksgiving was just days away, and I worried that I would need to spend the holiday in the hospital. That’s when I received an amazing call from, Jennifer at 5 Under 40 asking if there was anything she could do to help. She and her husband, Bob, came to see me in the hospital. They brought me magazines and made me laugh for the first time in weeks. That was the turning point. My symptoms improved to the point where I was able to go home and spend Thanksgiving with my family.

That December, I finished school and became an official college graduate! With the love and support of my friends, family, and the women of 5 Under 40, I got through cancer and graduated college. I had faced tremendous obstacles and persevered! 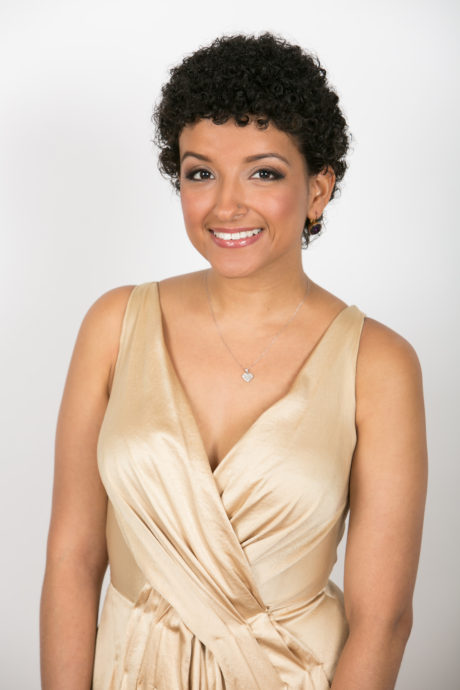