A few weeks earlier, I was lying on my bed and felt a shooting pain on my left side. A couple of days after that, I noticed I had an inverted nipple, orange pit imprints and a rash on my left breast. I did a self-exam and felt a lump.

I went to the gynecologist who said that since I was only 24 years old, I had nothing to worry about. To be safe, he scheduled an ultrasound for a couple of days later. In the interim, I feel a second lump. This time, it was on my right breast!

I had the ultrasound done and they didn’t find anything, but I knew that I needed to get a second opinion. The doctors at the next breast center did an ultrasound, but they didn’t see anything so they sent me for a mammogram and a MRI. I remember going back the next day for my results and I happened to have read them before the doctor did. The report stated that they had found two large masses, but at that time, I was still in denial and didn’t think anything of it. The doctors said they needed to do biopsies right away and that they would follow-up as soon as they received the results. It was two days later that I received a call from the office asking me to come in the next day—and to bring someone with me. I went into the examination room where the doctor was waiting for me, and all I said was It’s cancer isn’t it? She looked me in the eyes and nodded her head. At that moment, all I knew was that my life had just been shattered. Somehow, not sure how, I managed to go on with my already planned birthday celebration that evening, crying most of the night.

The next week was filled with more tests and a PET scan to determine if the cancer had spread to the rest of the body. Luckily, it hadn’t. I met with my oncologist who told me that I had Inflammatory Breast Cancer, Stage 3, the most aggressive type, and would need chemotherapy, a double mastectomy, and radiation. The toughest part was she told me that we needed to move fast because the cancer was growing and that I didn’t have time to freeze my eggs. That was one of the toughest moments… hearing that I might never have kids, but I knew I had to put myself first.

Although my world had been rocked, I managed to stay strong throughout the process. At my first chemo appointment, another woman gave me advice that has remained with me to this day. She told me to focus on the little milestones along the way, so I did just that: I counted down the 16 rounds of chemotherapy, the days until my double mastectomy, my 35 rounds of radiation, and, finally, the preventative chemotherapy sessions I had post-treatment.

It’s hard to believe that it has been four years since I was diagnosed. I’m continuing to adjust to my new normal. My hair has regrown to the long length it was before I lost it all and I have started to gain my strength back. I continue to have symptoms and will always worry if and when the cancer will return. I know that tomorrow is not guaranteed, so I continue to travel and take advantage of every opportunity that comes my way. I’m hoping, that by sharing my story, I can help other women facing the same battle to feel less alone.

The most important thing I want to share with every other women that faces this diagnosis, is to stay focused on the positive and surround yourself with uplifting people. I was fortunate to have a loving family that was there from the day I was diagnosed to the day I found out that the cancer was in remission. I am grateful to the wonderful medical teams who oversaw my treatment and continue to provide support. My friends have supported me tremendously as well by attending all my chemotherapy appointments, throwing a benefit in my honor and visiting me on my sickest days.

I also feel fortunate to have found 5 Under 40, which has given me the opportunity to meet other women my age, if not younger, who have fought the same battle I have. 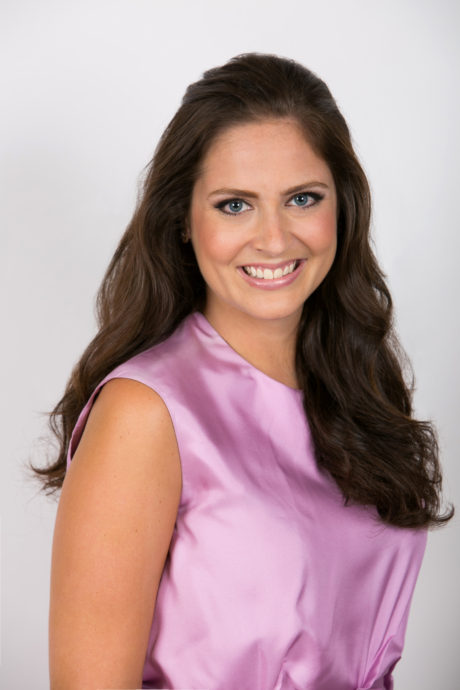